Forum of the web-site Spellbinder-TV.org

The Girl from Tomorrow (TV series)

Anything that concerns other movies and serials: reviews, recommendations, etc.
Post Reply
31 posts

The Girl from Tomorrow (TV series) "The Girl from Tomorrow" is an Australian children's television series created by Film Australia. Have you seen it? Do you like it?
Australia’s like an open door with the blue beyond. You just walk out of the world and into Australia. And it’s just somewhere else. D. H. Lawrence.
Top

Using just Google, I have found many filming locations of both seasons of The Girl from Tomorrow.

You can download the corresponding KML file (for Google Earth) from here.

Unfortunately, I haven't yet identified the garden from episode 1x01: 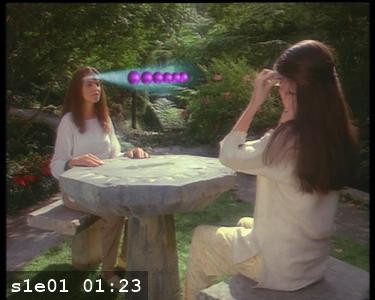 However, in the ending credits, one can notice Swains Gardens, Gordon: 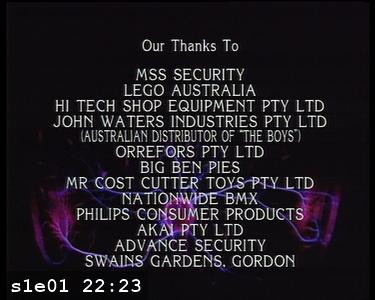 Therefore, this garden could be shot there. I haven't found any pictures from Swains Gardens that could confirm this guess. Moreover, some other bush/garden places were shown in episode 1x01, and they look totally different so we have something to investigate here. It is also interesting that the garden we're talking about is actually called Swain, not Swains as shown in the credits.

The beginning of episode 1x02 was shot near the thermal power station and the railway: 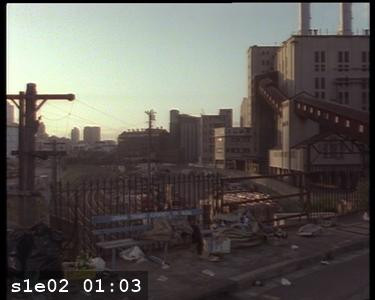 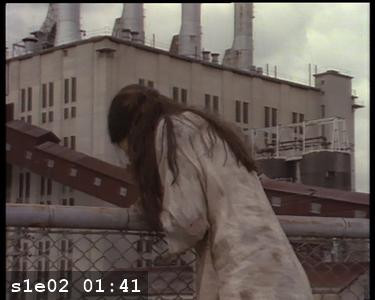 I have found this location relatively easily just typing something like power station Sydney in Google. This is Pyrmont Power Station. Unfortunately, it was demolished in 1993, shortly after filming. This place has changed completely since then. Even the railway is not there anymore. In the old days, the place was quite recognizable for The Girl from Tomorrow fans.

After that, Alana ran, in my understanding, to the Botany Industrial Park: 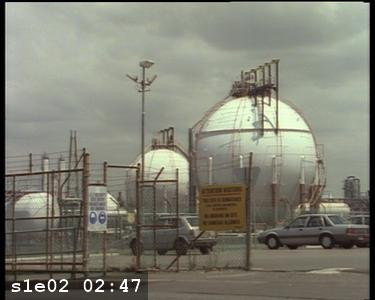 The white things are called the Horton spheres. I identified the place using them.

The house where Jenny, Petey, and their mother Irene lived is 88 Cavendish St, Stanmore NSW 2048: 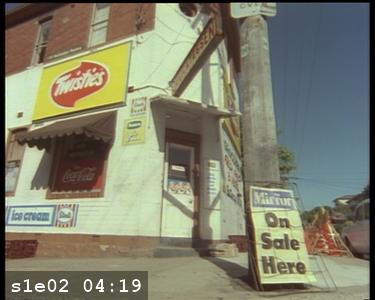 On the ground floor, they had Kelly Deli. The upper floor was residential.

I have found this house using the home address written on a cricket bat: 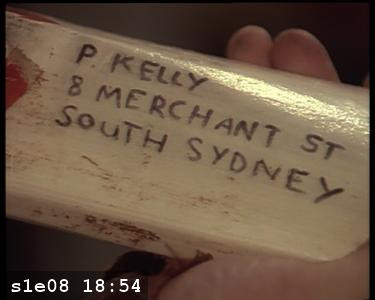 It is unbelievable but the house at 8 Merchant St, Stanmore NSW 2048 is just 60 m away from Jenny's!

Currently, the ground floor of this house is occupied by Maru Maru Pet Services. As it follows from their website and Facebook page, it is a pet grooming salon. By the way, I once saw a comment on their Facebook page that The Girl from Tomorrow had been shot in their house. The comment even had a link to a YouTube video. The owner of Maru Maru Pet Services herself responded to this comment, expressing her surprise (something like "Wow! Our house was on TV!"). Obviously, at the time of filming there was something completely different in the house, otherwise the owner would have known about the series anyway.

Jeremy Scrivener, who played Nik in season 2, and some fans of The Girl from Tomorrow took a picture in front of this house not so long ago: 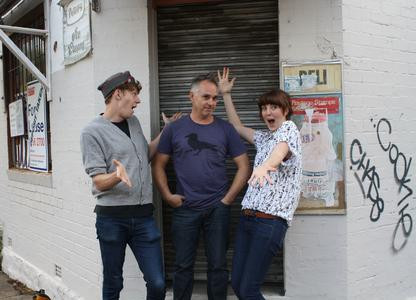 This is another place where Alana was walking: 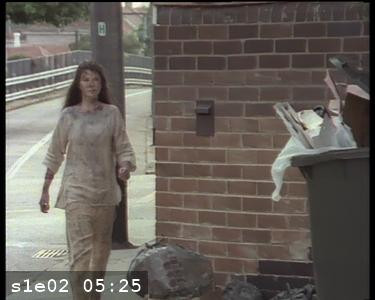 I'm not sure but it seems to be shot at Trafalgar St, Stanmore:

Shortly after that, Alana went around the corner and saw that: 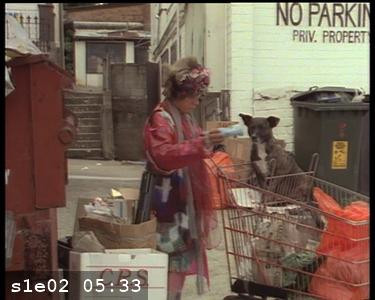 Now there is nothing like that in that place. Maybe they just rebuilt everything. Or it was filmed somewhere else.

I identified the subway, where Alana withdrew cash from an ATM, from this: 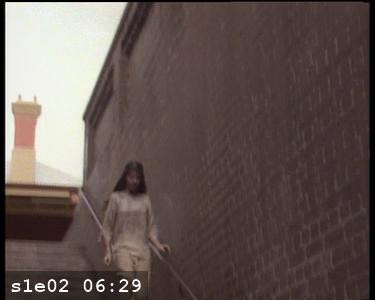 This is Stanmore railway station.

There was a more significant hint: just before this moment, the airplane flew quite low. Therefore, the search was limited to railway stations in relative proximity to Sydney Airport. There are not so many of them.

A fruit stand was just next to this station: 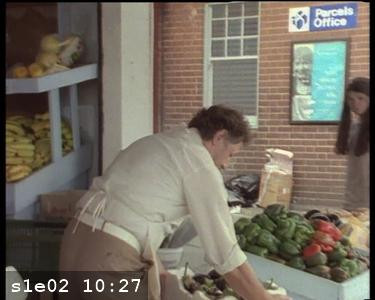 A tip, where the Time Capsule turned out to be, is obviously not far away from Sydney Airport: 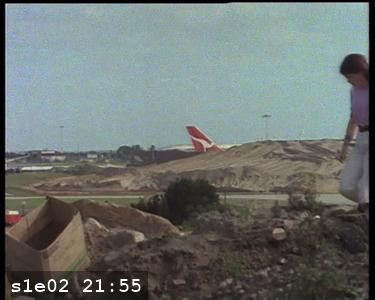 Currently, this stinking tip fortunately doesn't exist there. I think once this tip was around here: -33.925071° 151.172395°. There is a container terminal and a railway just there, and they were located just next to the tip in The Girl from Tomorrow.

The school that Jenny went to is the same as in Spellbinder! 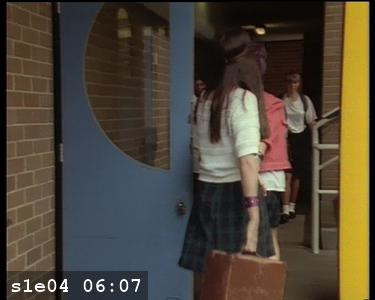 Today, it is the Blackwattle Bay Campus of the Sydney Secondary College. 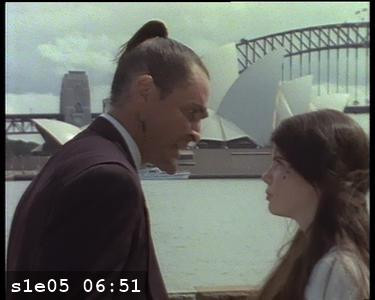 And this is where Silverthorn opened his office of Futures Inc.: 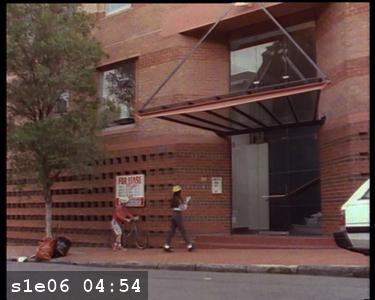 The address is 59 Buckingham St, Surry Hills NSW 2010. I identified this place using the street name plate nearby (Pembroke St.).

Chisholm House, where Alana was kept, is actually a part of the Thomas Walker Convalescent Hospital Buildings: 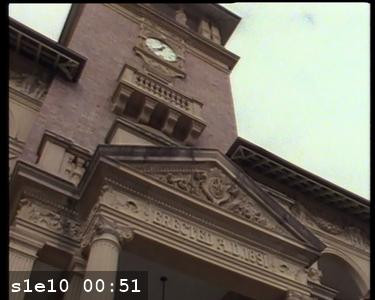 And this is where Silverthorn lived: 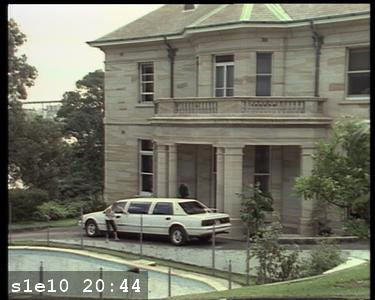 I identified it using the high bridge on the background. The house is called Clifton mansion. It was built in 1880. It has been used as a filming location for some movies and shows.

The house is located at some distance from the road so it can't be seen from Google Street View. The impressive fence and the gorgeous road gate shown in The Girl from Tomorrow were filmed somewhere else.

The American warship in the harbour played a significant role in season 2: 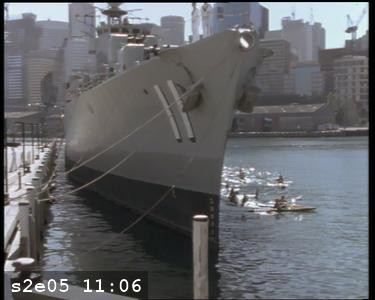 In fact, it is a museum ship, HMAS Vampire. She has practically nothing to do with the USA. Previously, until 1986, she served in the Royal Australian Navy, and then became an exhibit at the Australian National Maritime Museum. Tourists can visit this ship today. She is located in the Darling Harbor area, not so far from the center of Sydney.

And this is where Jenny and others were almost caught by a policeman: 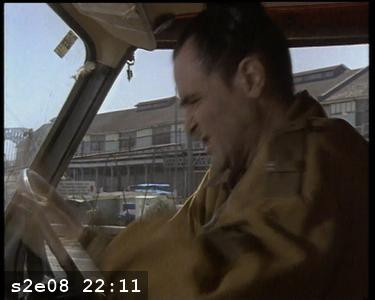 Since then, everything has changed there, but the place is very recognizable. 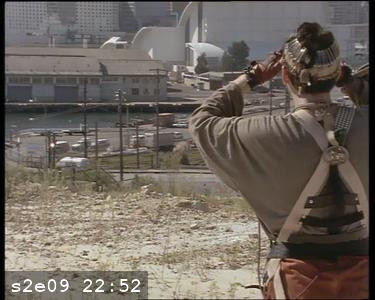 It is in the same area, and again, much has changed there.

Finally, this is the building of Globecorp (or of Global & Interstellar Research nowadays): 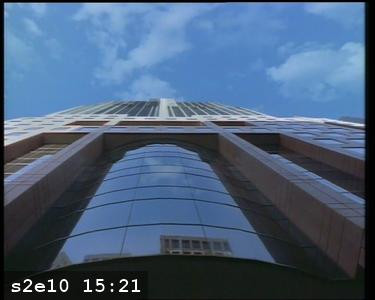 Nothing could be easier than finding a skyscraper in Sydney. The address is 66-74 Clarence St, Sydney NSW 2000.

It is interesting that the upper part of this building was simply drawn in The Girl from Tomorrow so that it seemed higher.

That seems to be all my findings. I was lucky to find all the main locations, and even some minor ones. If someone finds anything else and posts here, I will be very happy!
Top

Hi! Thank you so much for working out all the filming locations: If I ever get to Sydney I will definitely visit some of them!!

It’s always great to find other fans of the show who are as passionate about it as I am!!

And I still love the show just as much now. I even designed a Time Capsule tattoo for myself in 2019, and during the lockdown in 2020 I started drawing fan art of the characters. Mostly of Silverthorn because he was my favourite (although I want to make clear that yes I know he was a sociopath, and I was on Alana’s side when I watched the show-I just thought he was a brilliant character, and also found him ever so ruggedly beautiful to look at!

) but I plan to draw all the main characters from the show eventually! I’ll try to post pictures in my next post...
Top

I want to post pictures but can’t find a way to attach images to my post or upload them? The board seems to only allow linking to online images?
Top

Hi! We are very glad to see you here! Yeah, it's really great to meet other fans!

Most of us here are Spellbinder fans but we love other Australian adventure/science fiction children's TV series (including TGFT) as well.

I was lucky to visit Sydney in 2018 but at that time I didn't know anything about TGFT locations so I explored only Spellbinder locations then. I wrote a long story with thousands of pictures about that: viewtopic.php?f=16&t=54

When the international travel becomes as usual as it used to be, I hope to go to Sydney again. Then I will explore TGFT locations as well.

It seems you have many interesting pictures to show. Unfortunately the users here are not able to upload images directly to our board so we kindly ask you to upload them anywhere else and then just to insert the links using img tag.
Top

Hi again, in that case I will try to upload the images somewhere else then link to them.

I have also seen Spellbinder and thought it was a great show. I didn’t see it when it was shown in the late 90s in the UK as by then I no longer watched children’s TV as I was in my late teens. But then last year the writer Mark Shirrefs recommended I checked out Spellbinder, and it kept me entertained during the evenings in lockdown. I found the concept of alternate realities really interesting!

It was funny how they used the same school as in TGFT. Also Monroe Reimers who played Bruno in TGFT also played the doctor who examined Paul in Spellbinder when Paul returned to his own world. And when Ashka went into a shop selling electronic goods, I saw a scene from Tomorrow’s End playing on one of the TV sets in the background!! My first drawing of Silverthorn: Return to “Other Movies and Serials”